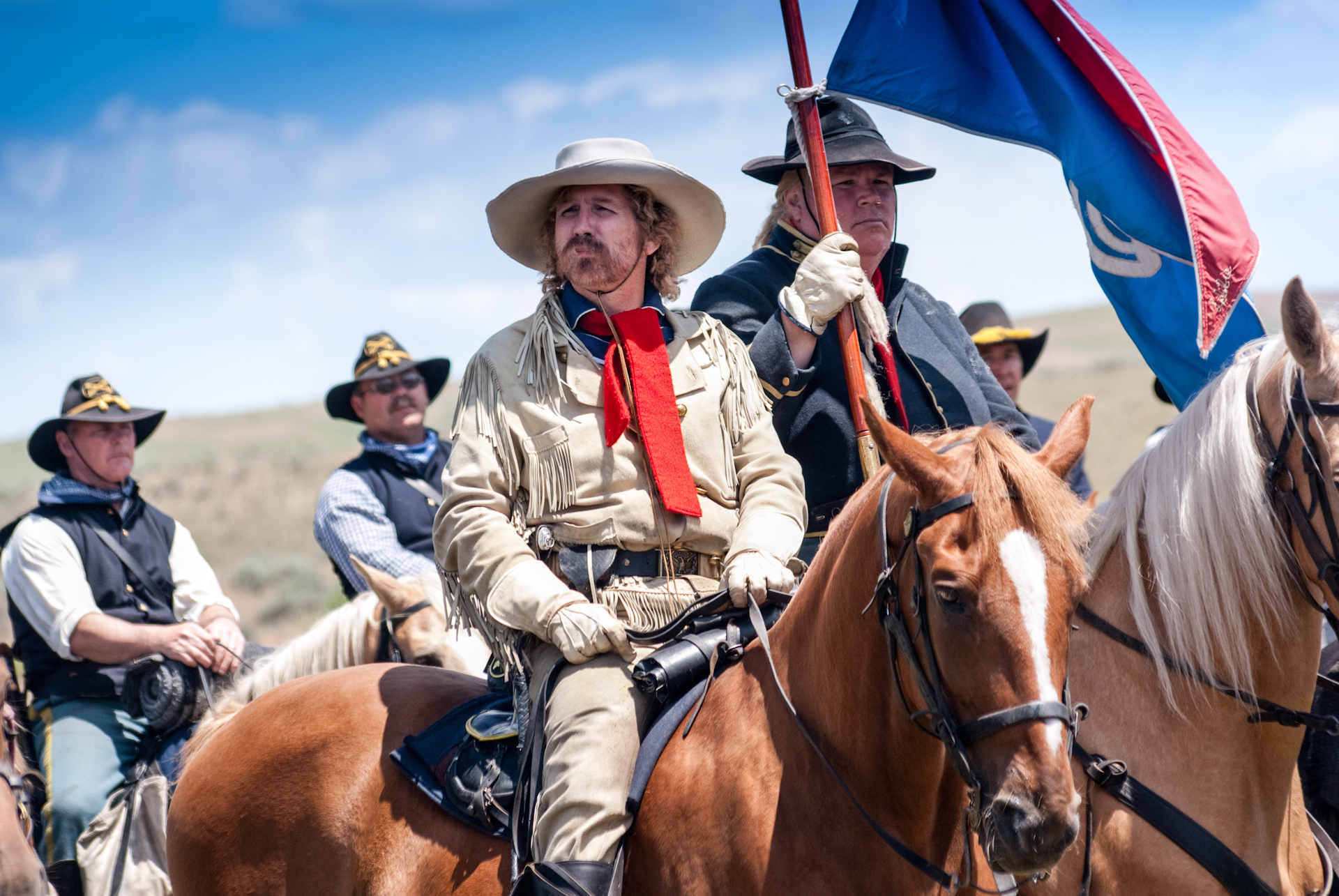 Crow Agency, Montana USA: June 26, 2009 Members of the U.S. Cavalry School reenact the Battle of the Little Bighorn, also know as Custer’s Last Stand on the site of the famous 1876 massacre of the U.S. Army’s 7th Cavalry by Lakota, Northern Cheyenne and Arapahoe Indian tribes.

The reenactment is put on by the Real Bird family and U.S. Cavalry School. Historian Steve Alexander plays the role of Gen. George Armstrong Custer.

The Battle of the Little Bighorn remains the only defeat ever suffered by the U.S. 7th Calvary Regiment. The total U.S. casualty count included 268 dead and 55 severely wounded, while six soldiers subsequently died of wounds sustained in the battle.

The battle is also known among Indians as the Battle of the Greasy Grass.